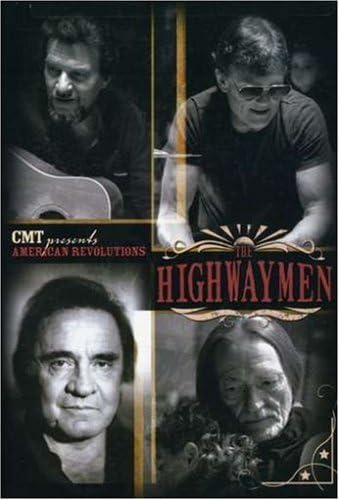 This brief (about 45 minutes) documentary, also called American Revolutions: The Highwaymen, finds the country music supergroup at work on their third and final CD together. They were quite a team: Waylon Jennings, Johnny Cash, Willie Nelson, and Kris Kristofferson, a quartet of what singer-songwriter Rodney Crowell, Cash's erstwhile son-in-law, calls "poets, poker players, and madmen." What's more, these boys had been around; Cash was part of another supergroup, Sun Records� Million Dollar Quartet with Elvis Presley, Carl Perkins, and Jerry Lee Lewis, almost four decades earlier, and here he estimates that he, Nelson, and the others have logged 135 years on the road between them. But having been at the forefront of what used to be known as the outlaw country movement, they were also unconventional guys who realized that there was a significant audience for their music somewhere at the confluence of hippies and cowboys. The documentary includes some old footage of all four musicians, but the bulk of it, recorded in 1994, finds them hashing over the past (including their differences--seems Waylon and Kris weren't exactly on the same page, politically speaking), preparing new songs with producer Don Was (despite their glowing resumes, all four seem surprisingly shy about presenting their tunes to the others), and at work in the studio. There are also recent comments from various others in their orbit, like Was, Crowell, and Jennings' son, Shooter, and wife, Jessi Colter. It's all rather poignant, as Nelson and Kristofferson discuss the deaths of Jennings and Cash (the former in '02, the latter in '03), but in the end, everyone agrees that if there's one word that can describe the Highwaymen project, it is righteous. Bonus material includes another half hour or so of interviews. --Sam Graham